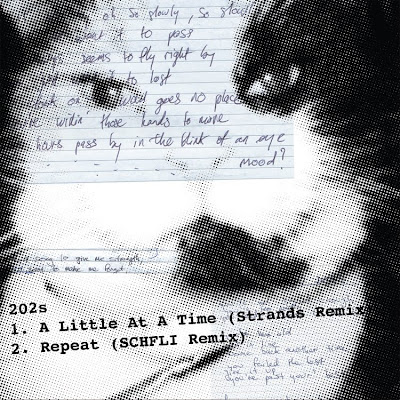 I might be looking for trouble by titling a post “virtual seven inch”, but how and ever. Irish rock band 202s (who released their self-titled debut last year) have announced the first in their series of remix singles. Thus the title ‘Virtual 7 Inch #1′.

The first release features remixes from Strands as well as St. Catherine’s Home for Lazy Infants. Strands is the new project of Stephen Shannon from Halfset, while SCHFLI were another act to release a debut album in 2009. Theirs was called Old Ghosts.