This morning, Coldplay started a countdown on their official website to a special single they’re releasing online next week, called ‘Christmas Lights’.

It began with this picture: 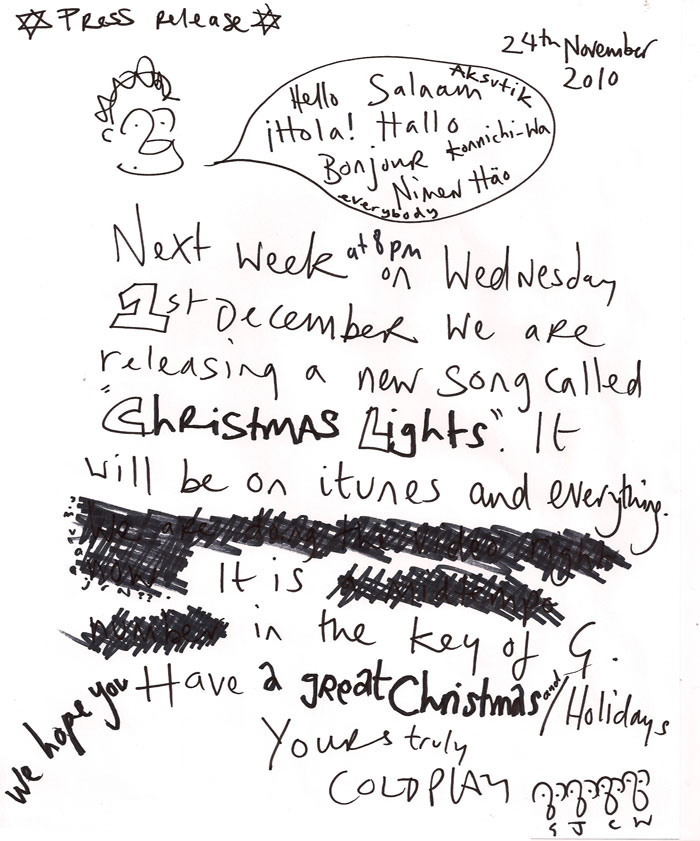 telling about the imminent release of the new song (next Wednesday, December 1st). There’s not too much more info yet, but the single will go online at 8 p.m. GMT.