Ireland are one of the acts in Semi-Final 2 for Eurovision 2011 in Dusseldorf, and will be facing some fine entries (some awful ones too). Here’s the next instalment of my Eurovision 2011 preview.

BOSNIA & HERZEGOVINA: Dino Merlin – ‘Love in Rewind’
Has lyrics and melody that sound like something your dad would write, and the singer Dino Merlin looks like he works in the chipshop down the road. Utterly terrible. But at least they look like they’re having fun!
If ‘Love in Rewind’ was a past Irish entry, it would be: The Duskeys ‘Here Today, Gone Tomorrow’ (1982). Does exactly what it says on the tin. No way Dino will make the final. Not even if Fred tags along.

AUSTRIA: Nadine Beiler – ‘The Secret is Love’
Ahhh, isn’t it pretty? Pretty boring. She has a nice voice and all that malarkey, but the song is so bland I don’t know why anyone would ever want to hear it more than once.
If ‘The Secret is Love’ was a past Irish entry, it would be: Kim Jackson ‘Could It Be That I’m In Love’ (1991). Remember this? Of course you don’t. It came before Ireland won, three times in a row. Not that I’m saying that Austria will win next year, just that nobody will remember this.

NETHERLANDS: 3JS – ‘Never Alone’
The Dutch Script! They’ve got three top ten albums in their home country, and will be using this as a platform for Europe. Rotterdam is pretty decent at exporting, why not a band too? They’re decent enough, the song is safe middle of the road stuff, but it’s nice.
If ‘Never Alone’ was a past Irish entry, it would be: Marc Roberts ‘Mysterious Woman’ (1997). Possibly not a winning song, but good enough to feature in the final shake-up.

BELGIUM: Witloof Bay – ‘With Love Baby’
Hey, it’s the Warblers from Glee! Except not as photogenic, and the lead female’s English accent is too heavily pronounced. The song is dirt too. Wah wah wah.
If ‘With Love Baby’ was a past Irish entry, it would be: Gary O’Shaughnessy ‘Without Your Love’ (2001). Gary didn’t have a novelty rap in the middle, but his song was still dire.

SLOVAKIA: TwiiNS – ‘I’m Still Alive’
Ireland aren’t the only nation sending twins, I’m sure you’ll have seen. These ones are more for the male than female audience. I think the females are getting a better deal, as these two Slovaks look like William H Macy’s missus. The song? Oh, it’s straight from the Atomic Kitten catalogue.
If ‘I’m Still Alive’ was a past Irish entry, it would be: Colm Wilkinson ‘Born to Sing’ (1978). Described as a “moderately uptempo number”, this one won’t get you dancing, and is far too inoffensive to register on anyone’s radar. 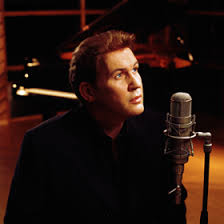