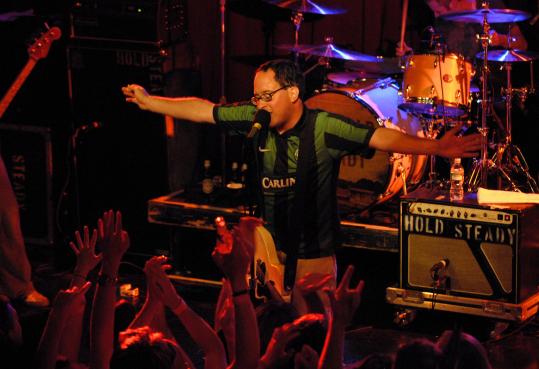 The Hold Steady are going to be massive. How do I know? Because last night they appeared on America’s version Tubridy Tonight, also known as the Late Show with David Letterman. Why isn’t The Late Show the US Version of The Late Late Show? Well, have you seen Jay Leno? That man is much more Pat Kenny than David Letterman could ever be!

This is probably their biggest tv appearance to date, and there’s bound to be many more. Here’s ‘Sequestered in Memphis’ on Letterman: