New feature time. I’m fascinated by a topic called “Today I listened to” on a message board I use, so I thought I’d let you guys know what I’m listening to. Abuse my ears if you like, or chime in with a “Hey great album, I must listen to it”. It all helps. I love the comments. So add as many as you can.

Also, check out Red for something similar:
http://theredscrapbook.blogspot.com/ 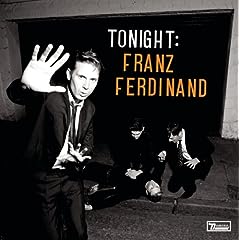 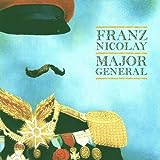 The Whitlams – Torch the Moon

Yesterday I was in an alphabetic kind of mood. Starting off with the new Franz Ferdinand record, which gets better with each listen. It’s still not a patch on their debut. Probably as good as the second one though. And ‘Ulysses’ has some wonderful lyrics.

This led perfectly into Franz Nicolay’s debut record. The moustachioed keyboard player in the Hold Steady has gone solo and made a glorious record that so far is one of the best of the year. Opener ‘Jeff Penalty’ is as good as anything the Hold Steady have done, but the album as a whole sounds nothing like its parent band. It’s kind of like a mix between The Mountain Goats, Gaslight Anthem and the Silver Jews.

I wanted to go old school next, and thus chose the White Stripes breakthrough. It’s not as good as I used to think. or did I ever really love it? For me, Get Behind Me Satan is their best work. Maybe I should’ve listened to that instead.

Going to bed, I wanted something light, and Australia’s Whitlams served that up perfectly. They’re light pop-rock, but no Matchbox Twenty. But for me, their finest moment will forever be covering Divine Comedy’s stellar ‘Your Daddy’s Car’. Unfortunately, there’s no video on YouTube for the track. If anyone can point me to it, I’d be extremely grateful.