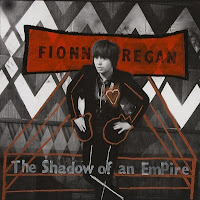 The excellent Fionn Regan releases a new album in 2010, The Shadow of an Empire will come out on February 5th on Universal Records. The album is preceded by the splendid single ‘Protection Racket’. The album is a bit more rocky in places than his last record, but I’m not going to give any more away!

Thanks to Peter over at 2uibestow for the heads up on this one.